CCS will - should it become a reality – enhance the use of coal all over the world. Measured per unit of energy coal is one of the most greenhouse gas-intensive fuels. Beside the CO2, combustion of coal releases a wide array of pollutants such as heavy metals, sulphur and nitrogen compounds, hydrocarbons and particulates.

A large-scale commercialization of CCS will increase the world's dependence on coal for many decades to come. The figure below shows the trend in recent years for the global consumption of coal. It is worth noting that coal consumption in OECD countries, despite a considerable growth in total energy consumption in OECD is constant over the period, while coal consumption in non-OECD countries over the period has grown by approx. one third. Part of the explanation for this development is that the richest part of the world to some extent has managed to replace coal with cleaner energy, while developing countries because of limited financial resources have not had the same opportunity. Moreover, several countries in the west have succeeded in increasing the efficiency of their coal plants, especially through the exploitation of waste heat for district heating. If CCS one way or another becomes a commercial success the result will be an increasing consumption of coal to begin with in the richest part of the world and later also in developing countries.

See THE FUTURE ROLE OF CO2CAPTURE IN THE ELECTRICITY SECTOR, IEA Paper; by Dolf Gielen og Jacek Podkanski, (2004). They predict a 175% increase in the use of coal in a scenario with CCS compared to a scenario without – but with the same political measures apart from this. The CCS-scenario has a similar reduction in renewables.

The industry has never attempted to conceal the fact that a major motive behind the efforts to commercialize CCS is the gigantic economic potential of exporting the technology to developing countries. However, there is no guarantee that CCS itself even with billions of euros and dollars, etc. from governments around the world will at any time be able to survive on market conditions. If the technology can not be profitable – which is what we find is the most likely prospect - the result may in time turn out to be a massive waste of public and private resources for research, development and demonstration whose only tangible effect will be a greater use of coal technologies and a higher consumption of coal in the world. 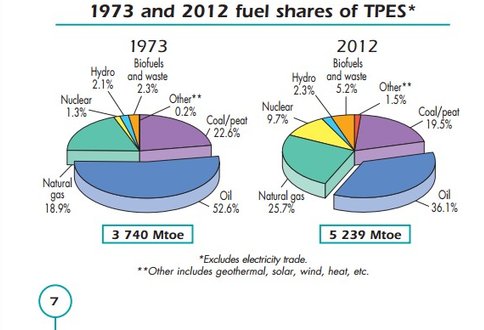 The proponents of CCS-technologies are constantly emphasising that coal will play a major role in the global energy supply. This can not be denied if CCS is deployed on the scale wanted by the fossil fuel sector. A number of scenarios for the future energy supply give pictures of societies working well with a phase-out of both coal, oil and gas.

The large majority of political parties in Denmark want the country to get rid of fossil fuels in all sectors by 2050. The present government coalition wants to phase out fossil fuels from energy supply by 2035.

Since 1974 a number of energy scenarios for Denmark have been published by researchers, environmental organisations, political parties and the engineers’ association. Over the years the targets have become more and more ambitious, most of them now aim for 100% reductions of CO2-emissions by 2050 and some even aim for 100% reduction by 2030. None of these scenarios include CCS.

Researchers at Aalborg University who made the basic analyses for the climate plan of the Engineers’ Association also analysed the effect of CCS on an energy supply system with an increasing share of renewables – i.e. the kind of energy supply that musters political consensus.

The following was part of their conclusion:

"This paper represents an impact assessment of adding a CCS plant with CO2 storage in the subsurface to IDA's Climate Plan 2050. Analyzes indicate that such a facility is not an appropriate way to reduce CO2 emissions. There will be other alternatives that cost less and are better accommodated in the realization of the long-term goals on environment, energy security and green growth."

At Klimaforum09 during the COP15 in Copenhagen NOAH Friends of the Earth Denmark organised an event where one of the researchers, Brian Vad Mathiesen (now professor in energy planning at Aalborg University), presented their findings.

(Notice: Vattenfall's CCS-project mentioned in the presentation was cancelled in 2010.)